I stopped blogging in 2013 but I’ve kept up with gunpla over the last 6 years. The PG Unicorn I’m working on now is the same one I got in 2015 when the kit first released. I’ve been tinkering with it over time so here’s some pictures of it coming in to the form it is now.

Dec/Jan, 2015: Initial build. I got and put this kit together in my wife and I’s first apartment. 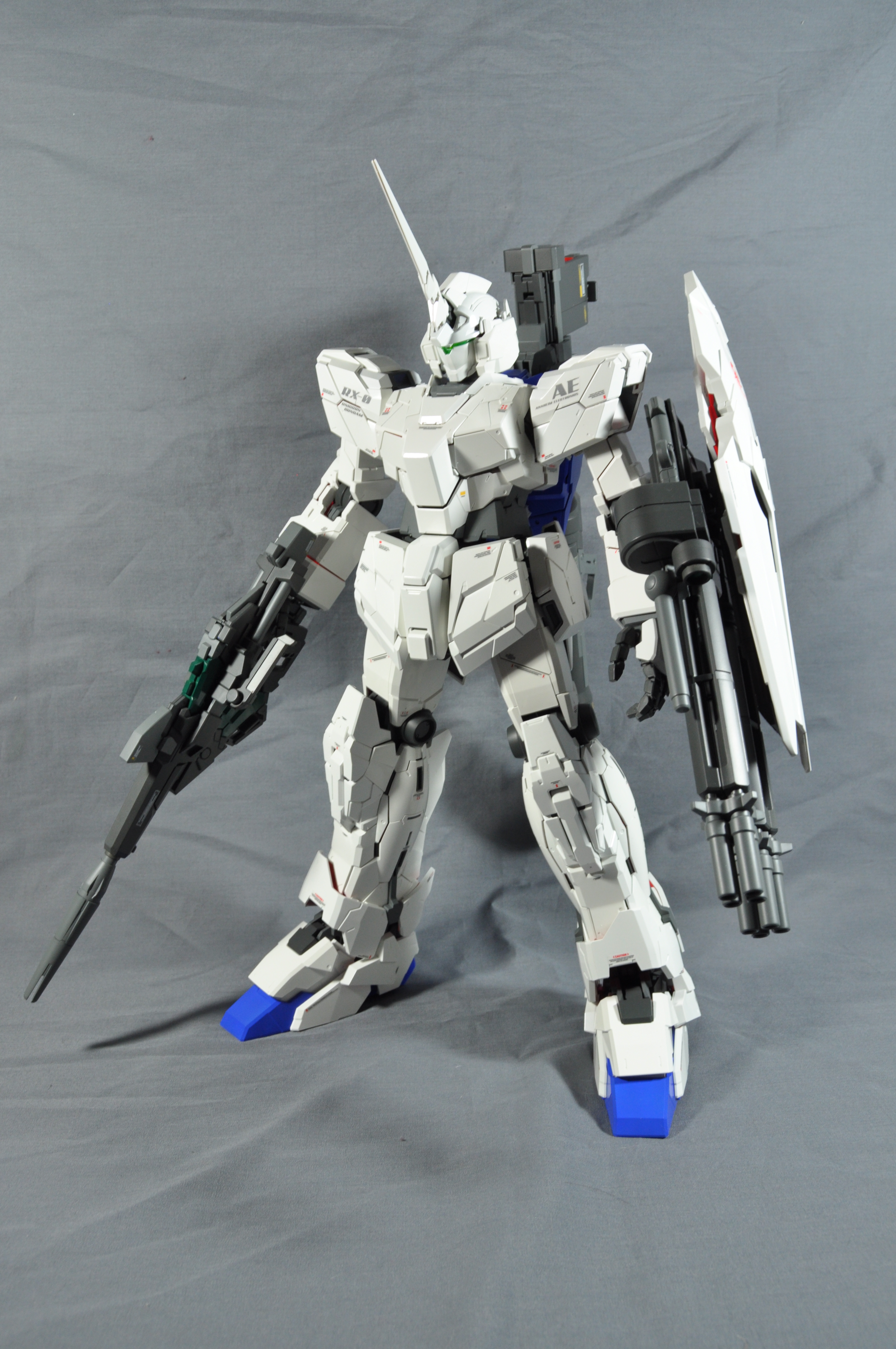 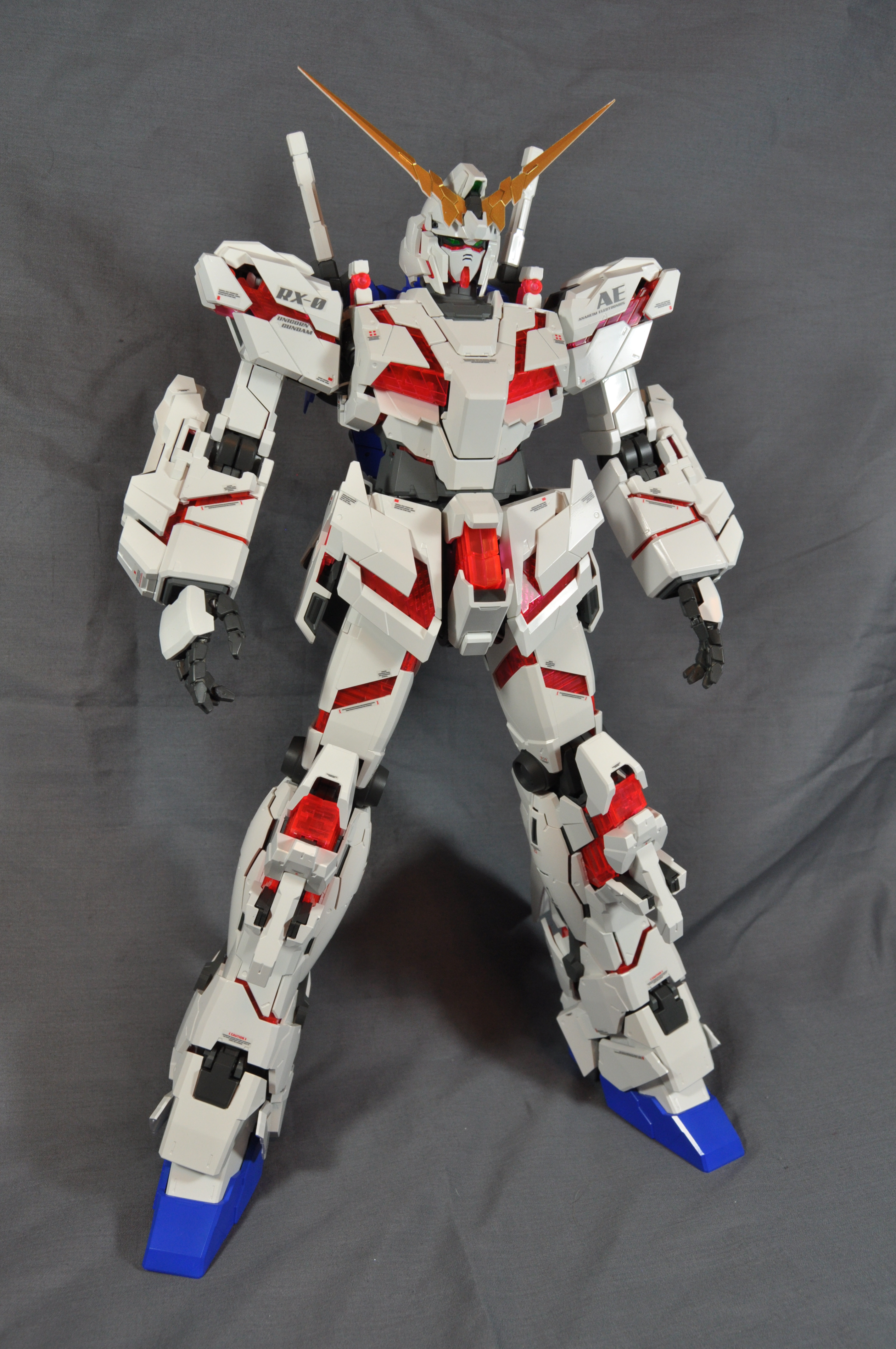 March, 2016: We bought our first house, and one of the first things done in our hobby room was properly painting the kit and adding the decals from the FA set. 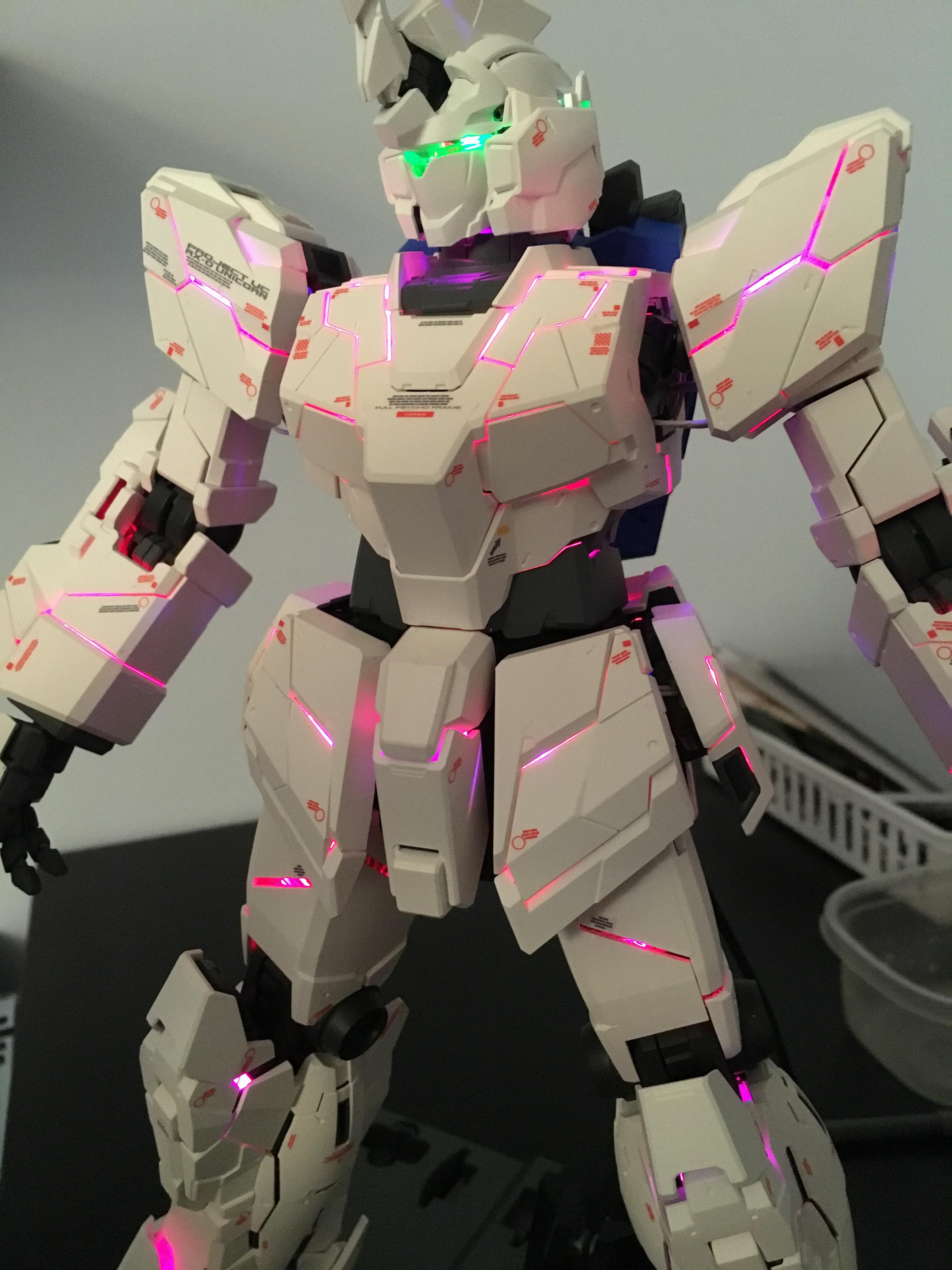 June, 2016: As a christmas present in 2015 my wife got me the PG Banshee so I bought the VN/BS expansion kit for it. They would up going to the Unicorn instead. 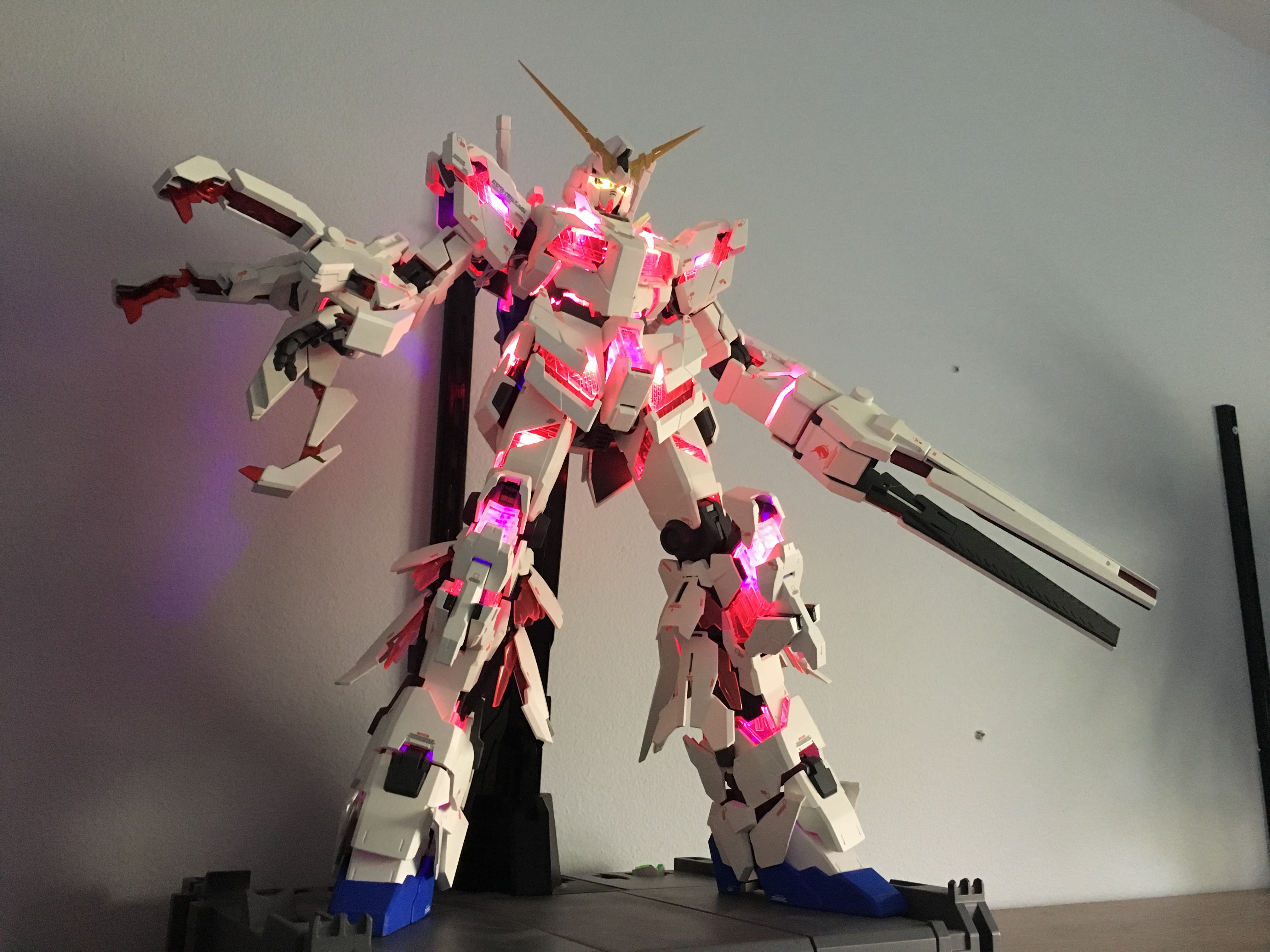 October, 2017: I left the kit mostly alone for a year. The end of 2016 was really busy what with getting married, honeymoons and starting to play hockey. Eventually though I decided to add the Armed Armor XC to the Unicorn. At this point I was thinking of a PG Plan B Unicorn but had no idea what I’d do about the shields. 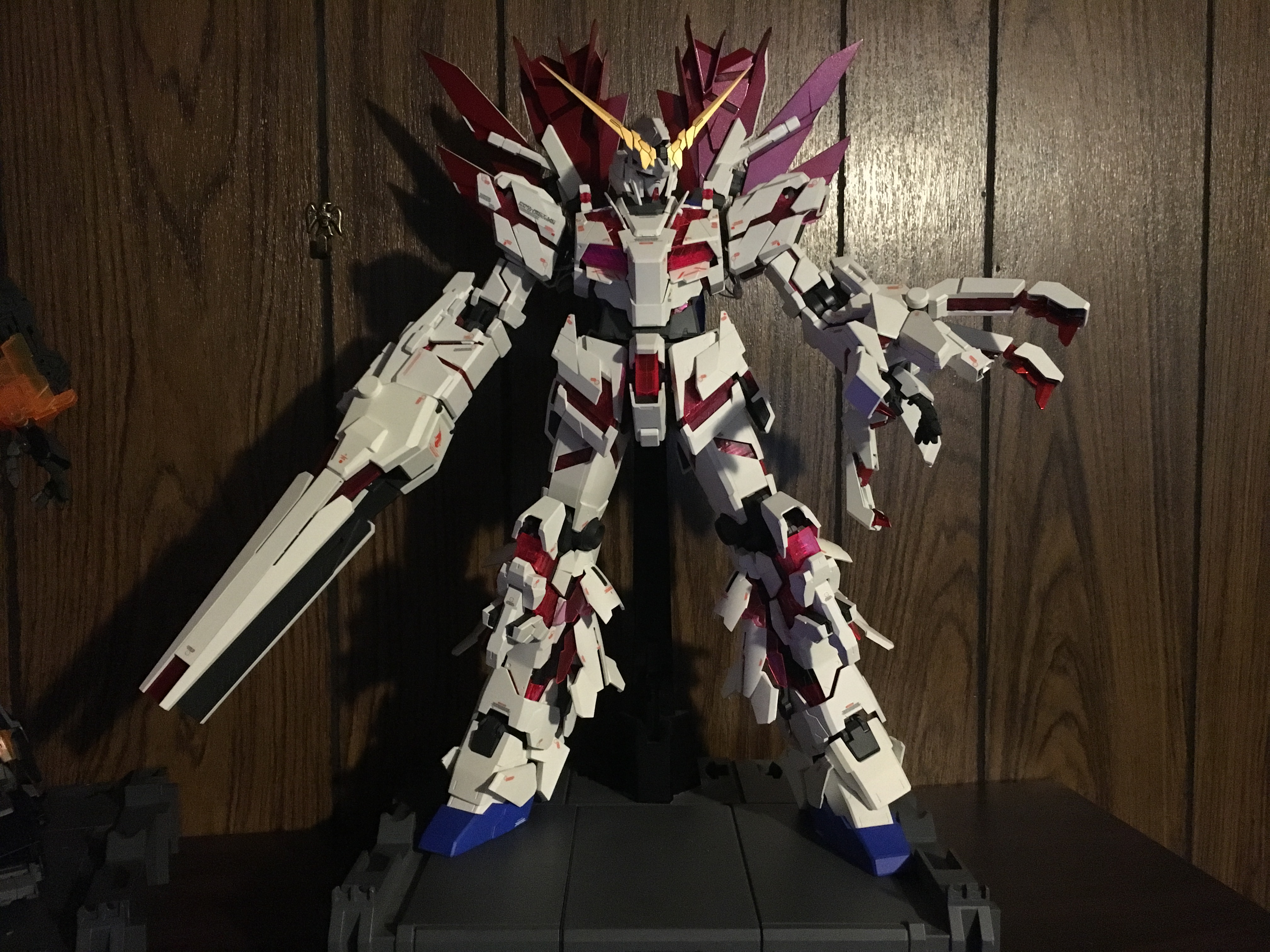 December, 2018: While cleaning up the hobby space I found the remains of my PG Wing Zero Custom. I’ve given up on the kit itself but found that with a little work I could make a backpack connector for the Armed Armor DEs that the Plan B has but I still needed a second shield. 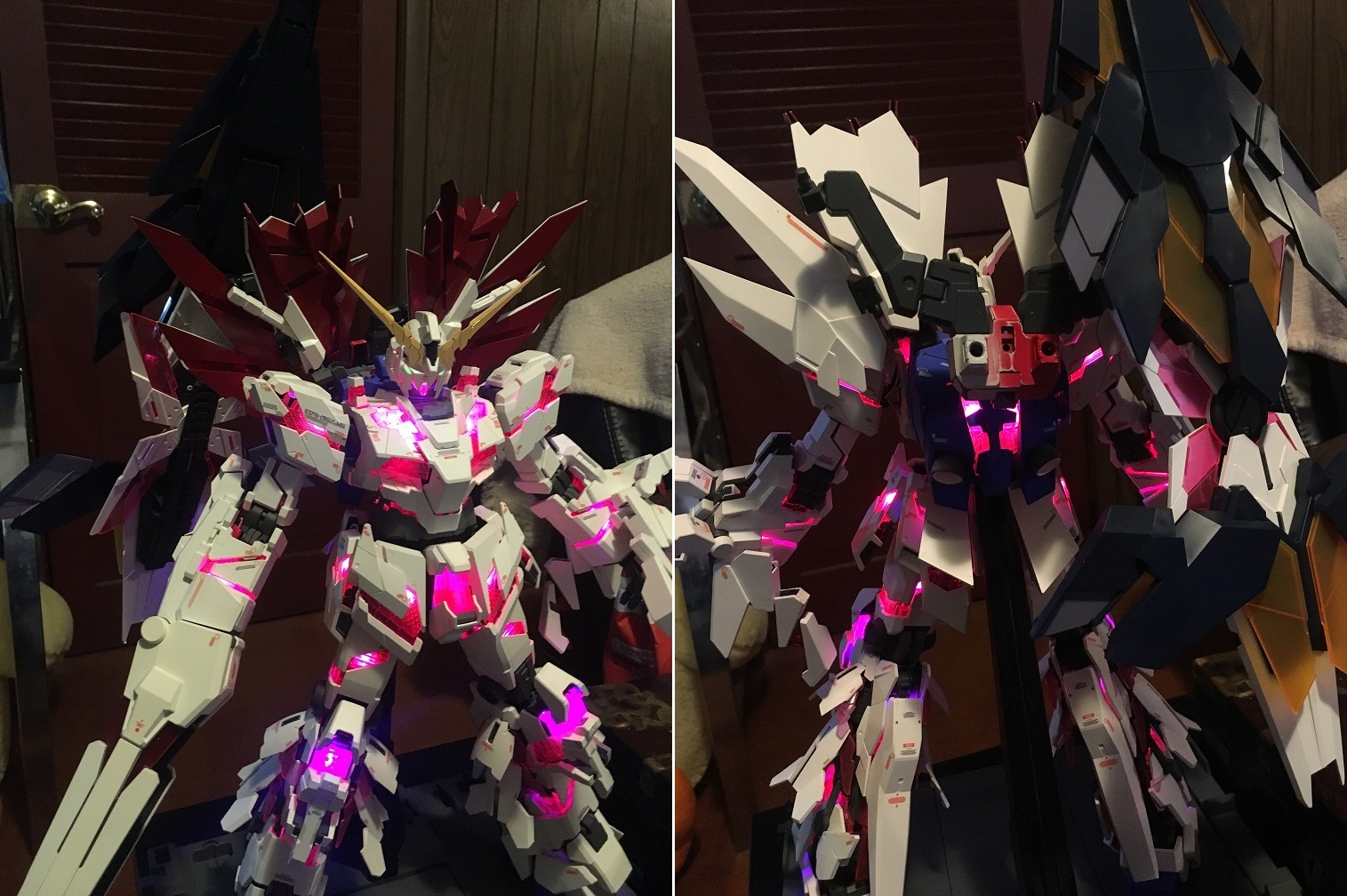 September, 2019: Longtime friend and builder Falldog reached out to me, offering to send me the psychoframe bits from one of his PG Daban Phenex kits as well as the parts for the second Armed Armor DE I needed to turn this in to a proper “Plan B” type Unicorn. The 1/60 Hyper Javelin from EffectWings also arrived near the end of the month bringing everything one step closer to completion. The shields are currently being painted and decaled. 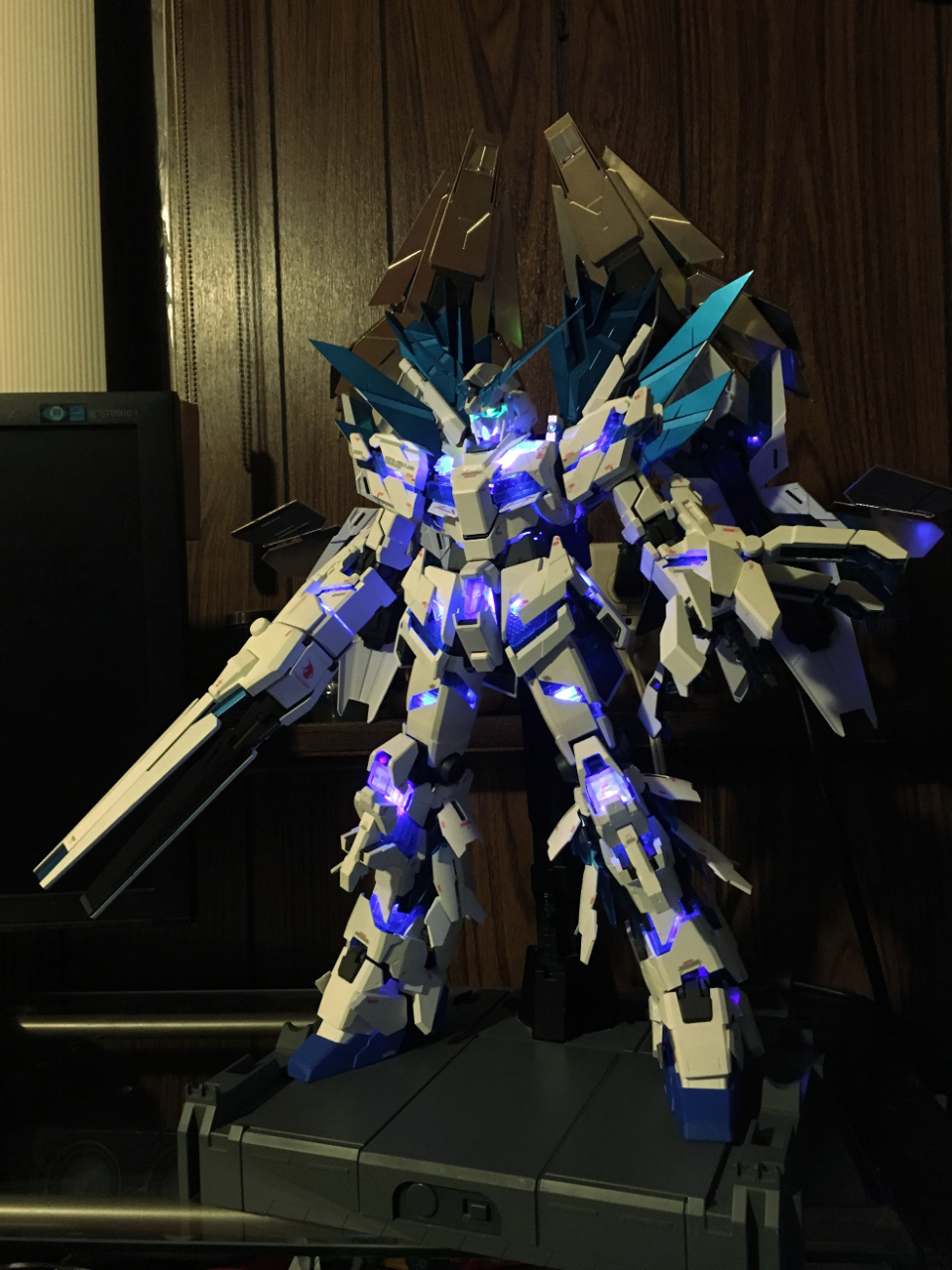 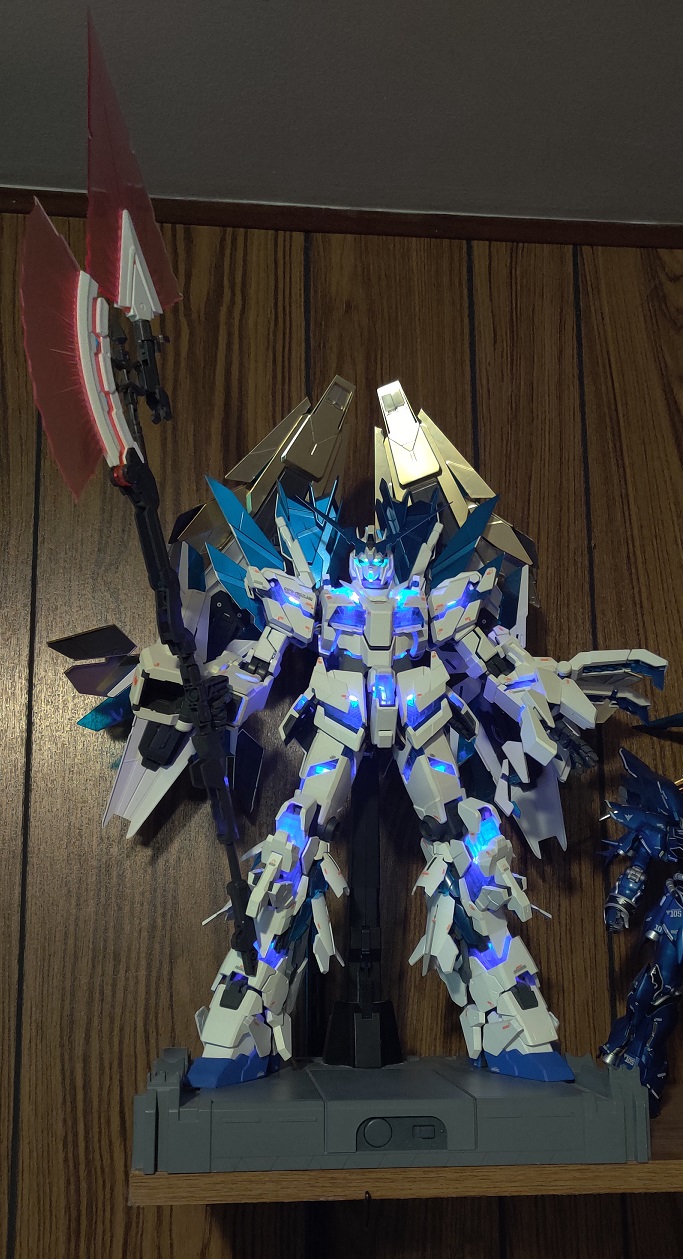 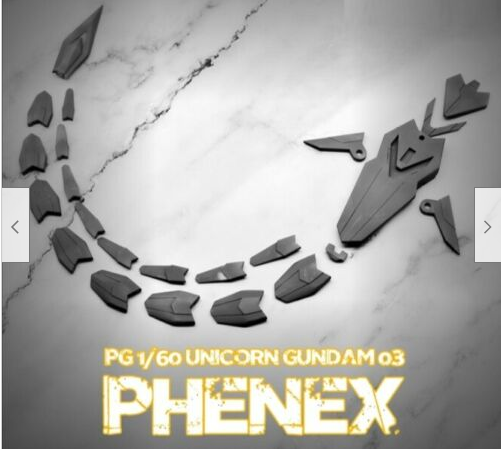 October, sometime: The resin Phenex Narrative ver. tails should arrive this month, giving me the last thing I need to turn this in to a PG Perfectibility proper. It looks like this is an upscaled version of what comes with the MG Phenex Narrative/Unicorn Perfectibility but I have minimal concerns. The only concern I have is “where the hell am I going to put this” once the tails are attched- this kit’s bulk actually makes the PG Strike Freedom feel small by comparison.

This site uses Akismet to reduce spam. Learn how your comment data is processed.